How one team of coaches built intentional opportunities to focus on their own learning – both individually and as a team. 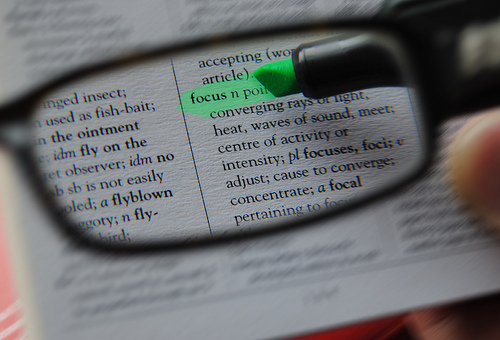 Edgar Schein, one of the leading experts on organizational culture, defines the subject as “the sum total of everything an organization has learned in its history in dealing with the external problems – which would be goals, strategy, how we do things – and how it organizes itself internally.”

Schein’s quote describes the importance of history and established norms in shaping organizational cultural. When an organization first forms, successful and early learnings shape the culture’s definition. Culture in most organizations is complex and deeply embedded. New leaders often want quick change for what’s not working without recognizing the functional components of their culture. By contrast, I had the opportunity to learn from and with a new leader as she and her team intentionally defined and shaped new learnings and collaborations that would ultimately form their culture.

Cristin Kennedy, Director of Instructional Technology (InTech) in Cobb County School District (CCSD) (GA), leads a team of 29 Technology Training/Integration Specialists (TTIS) in supporting over 7,000 teachers across the district’s 112 schools. Prior to taking on her role as director, Mrs. Kennedy had “walked the walk” as a classroom teacher and technology specialist within the district. This gave her a deep understanding of CCSD’s organizational history and the learning that has shaped its culture. Cristin and her team set out quickly identify their vision: “Preparing digital age learners for success in global, ever-changing society.” With an established vision, they then developed a comprehensive digital learning model with corresponding instructional resources and professional learning experiences to implement across the district.

When our paths crossed in 2017, Cristin and her team had built an impressive set of instructional resources and integrated major technology initiatives across the large school district. Like many high-achieving teams, InTech team members had been very dedicated and focused on aligning district mission and goals with team goals and professional development opportunities lead by their team. At this point in their journey as a team, they identified the need to more carefully define TTIS competencies, hone their coaching skills, and understand their impact in the district.

We began our partnership with Cobb County by working with all InTech members to develop a competency model for the TTIS position that included alignment of the team’s values, mission, vision, and strategies with those of the Technology Services division as well as those of the district as a whole. This model included a common language for competencies that were critical to current and successful work of the TTIS. Defining proficiency levels for each competency allowed the InTech team to more easily identify what progression from “supporting” to “coordinating” to “facilitating” meant in their daily work. Their model also included competencies for how the role would need to evolve based on the future direction of the district.

Once the TTIS had this rich language, they needed a framework for meaningfully integrating it into their practice. The team worked together with ALP to integrate the model into our Action-Based Talent Development platform. Within this platform, each TTIS was able to dynamically work with colleagues to build their competencies, set goals, give and receive critical feedback, and reflect on their practice.

With the first round of foundation reflections, these TTIS’s individual, team, and organizational learning became visible, intentional, and oriented around a growth mindset. While each TTIS received feedback from mentors (e.g. team lead, supervisor, etc.), they also connected with fellow TTIS, school leaders, and teachers who would serve as guides for job-embedded feedback on their goals. By reflecting on practice, planning action steps toward goals, and integrating more diverse points of feedback, TTIS flexibly maintained a deeper understanding of how individual development connected back to the broader district strategic direction.

Organizational leaders often attempt to diagnose their culture, seek avenues to change aspects of their culture that they do not like, and even identify when they sometimes unknowingly reinforce the components of culture that they want to change. While culture can baffle the most seasoned leaders, this inspiring story tells of a new leader who collaborated with her team to thoughtfully and methodically build their culture and daily work in alignment with the district’s mission: “One Team, One Goal, Student Success.”

Tell us a little about yourself and how we might work together.

*All fields are required.

Other ways we can connect